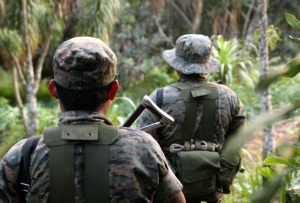 On November 13, the Paraguayan National Secretariat for the War on Drugs (SENAD),  organized an extensive exhibition of confiscated items as evidence of its recent “Operation Black Eagle.”
According to Paraguayan President Federico Franco: “Today begins officially a new international image of Paraguay and our nation begins the construction of a bright future with an extensive hydroelectric industry and further develop bi-oceanic trade routes,”
Since the beginning of his administration, President Franco has been deeply committed to the war against drugs. The current operation is a major success of his administration; SENAD forces have captured over 25,000 pounds of cocaine, five airplanes, trucks, weapons and nineteen suspects who were members of a local drug trafficking gang.
Paraguay’s current administration has mobilized the armed forces, Ministry of Interior, National Police andSENAD forces, on a full scale war against drug trafficking and organized crime.  The main goal of the current administration is to end drug trade and eliminate drug trafficking routs in the country.
In “Operation Black Eagle” event, was present the director of SENAD Dr. Francisco de Vargas Benítez, who was enthusiastic from the successful operations and attacks against Drug traffickers.  For De Vargas “the greatness of this operation lies not only in the quantity of drugs seized, but in the huge amount of evidence collected in addition to 19 people arrested.”
Observers in Paraguay say that this is a clear evidence that Franco’s government is determined to dismantle international organizations dedicated to drug trafficking.  The suspects recently detained are of various nationalities, including from Peru, Bolivia, Brazil and Paraguay.
Spero writer Peter M. Tase is an analyst of Latin American affairs. 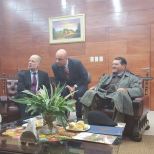 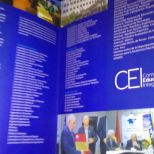 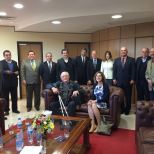