Peter Tase is a contributor, freelance journalist and a research scholar of Paraguayan Studies and Latin American Affairs in the United States; he is the founder of Paraguay Economic Forum in Milwaukee, United States. Educated at the University of Wisconsin – Milwaukee and Marquette University, Tase is the author of “Simultaneous Dictionary in Five Languages: Guarani, English, Italian, Albanian and Spanish” and “El Dr. FEDERICO FRANCO y Su Mandato Presidencial en la Historia del Paraguay.” Tase has written many articles on Paraguay’s current Foreign Policy, Latin American Affairs and MERCOSUR regional trade issues for Eurasia Review and the Council on Hemispheric Affairs in Washington, D.C.. Peter has appeared on SNT Cerro Cora, Asuncion and appeared in “Tribuna Pública” in TV Publica Paraguay, as well as given interviews for Diario 5 Dias in Paraguay, ABC Color, Ultima Hora, IP Paraguay, Revista PLUS+, Radio Ñandutí, Radio Nacional del Paraguay, http://www.datamyne.com and Spero News. Tase completed a Congressional Internship in the Office of Congressman Richard Pombo (CA-11), U.S. House of Representatives, and studied U.S. Government and International Affairs at the Les Aspin Center for Government in Washington, D.C.. In 2012 he was an adviser of Foreign Affairs and International trade Issues to the Chairman of the Committee on Trade, Tourism and Industry in the National Congress of Paraguay. Peter Tase is fluent in Guarani, Italian, Spanish, Albanian and mainly writes in English and Spanish.
Read more:
http://www.eurasiareview.com/author/peter-tase/

By Adam B. Fairmont

On March 19, 2016, the Socialist Party of Albania held its communist style convention at the heart of Tirana, at the very same convention hall where its totalitarian forefathers held their Marxist gatherings over thirty five years ago.

Meanwhile, behind the scenes, during the planning of the recent convention, Edi Rama, Albania’s Prime Minister and Party Chairman had an absolute control of the participants list and of all communications media that was partially recording the keynote speeches delivered by Socialist Oligarchy.

Rama’s convention auditorium was stained by Albanian Members of Parliament, ministers, money laundering barons and drug traffickers whose main escape is the Socialist Party in order to evade justice and prosecution. Mr. Rama’s audacity to appear in public with Europe’s notorious criminals is unparalleled to any other leader in the Western Democracies and beyond.

Albania: under the yoke of a communist heritage

Albania: under the yoke of a communist heritage 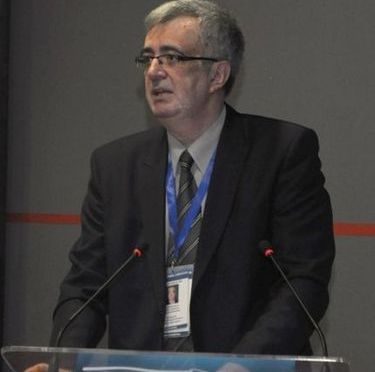 Rapid national economic growth and integration in the European Union are among the top priorities in the Albanian government’s current strategy. Albania’s aspirations in international trade would be incomplete if Turkish markets and investors are not part of this process and strategy…..

Peter Tase is a contributor, freelance journalist and a research scholar of Paraguayan Studies and Latin American Affairs in the United States. He is also the founder of Paraguay Economic Forum in Milwaukee, United States.

Alisa Velaj is a prolific Albanian writer and poet who received a Bachelor of Arts degree from the University of Tirana, College of History and Literature. An accomplished teacher of Albanian, Velaj has received a Master of Arts degree in literature from the University of Tirana. Her graduate thesis was entitled “The Catharsis in Mitrush Kuteli’s Prose” (Discussions on the Intertextual content of Kuteli’s prose). Alisa Velaj is a Ph.D. candidate of Albanian literature at the “Blanzhe Koneski” University in Skopie, Republic of Macedonia. She is fluent in English and Italian.