As we take a look back in history, one of the greatest tragedies in the latest century is the Khojaly Massacre orchestrated by the Armenian Army that killed at least 613 ethnic Azerbaijani civilians from the town of Khojaly on February 25-26, 1992, during the War of Nagorno-Karabakh: 63 of them were children, 106 of them were women and 70 were old people. Eight families were completely destroyed, 25 children lost both of their parents, 130 children lost only one of their parents, 657 men became disabled, and 1275 were captivated and the fate of 150 captivated men is still unknown.

For Mr. Tale Hasanov, Editor in Chief of the European-Azerbaijan Information Center: “the current history has witnessed many bloody events. But to live horrors of Khojaly tragedy where women, old men and children were savagely killed and to bear this, is out of the human will. Only we, Azerbaijanis could live that tragedy. Because we are the nation who witnessed many tragedies throughout history…” 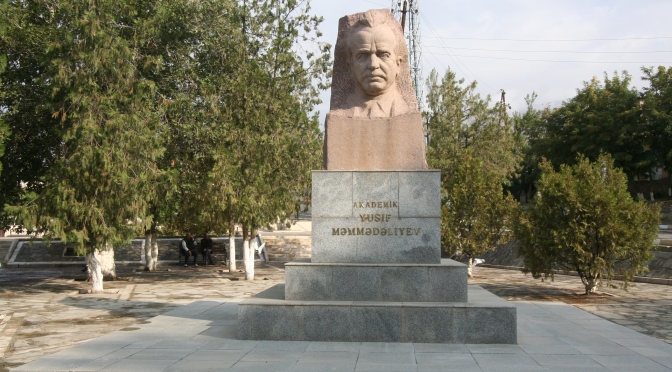 he armed conflict between Armenia and Azerbaijan started as the Soviet Union was falling apart.  At this time the ethnic Armenians in Azerbaijan’s province of Nagorno-Karabakh rallied to join Armenia. In front of this situation Moscow, according to the Foreign Affairs Magazine, “armed both sides and played them against each other, turning a local dispute over the status of a territory inhabited by 90,000 people into a regional war.”

For nearly six years, the newly independent countries of Armenia and Azerbaijan fought over this territory, leaving 30,000 dead and creating approximately a million refugees. Ultimately, Yerevan was victorious, and it took control of Nagorno-Karabakh and seven other districts in the sovereign territory of Azerbaijan.  These aggressive actions of Armenia, which continue to affect this region until the present, are of unprecedented proportions in the world history, not only for the loss of human lives but also for violating four of the UN Security Council Resolutions and over all conducting a protracted warfare for more than two decades by constantly breaching, unilaterally, the cease fire that was brokered in 1994.

It must be noted that from time to time, Moscow has provided information and armaments to Armenia while encouraging the latter to continue with its provocative attitude. According to Foreign Policy Magazine “Russia has thousands of troops stationed in Armenia, it runs the country’s air defenses, and it controls key elements of its economy and infrastructure. As long as Moscow backs Yerevan, Baku can do little to make peace with its neighbor.”

News.Az interviews Peter Tase, a political analyst, Special Assistant to the Secretary General of the International Federation of Engineering Education Societies and to the Executive Secretary of the Global Engineering Deans Council.

What is the contribution of The United States of America in resolving the Nagorno – Karabakh conflict: Is it really important for the U.S. to settle this conflict? 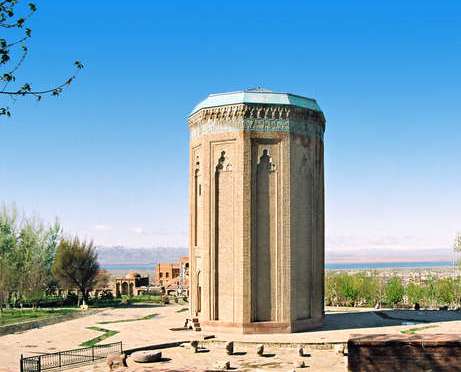 In early October 2014, I embarked in my first trip to the Autonomous Republic of Nakhchivan where I had the opportunity to visit the Momuna Khatun Tomb and the Khan Palace, both located in the city of Nakhchivan, Republic of Azerbaijan.

These two stylish buildings are perhaps the most important sites that exemplify the great accomplishments of Azerbaijan’s architecture. Though unknown by many, they are great contributions to the world cultural heritage.

The Momuna Khatun Tomb is a grandiose historical monument, one of the pearls of the Eastern Architecture which distinguishes Azerbaijan’s national architecture from other countries. It was built in 1186 (in the western part of the city of Nakhchivan) by Shamsaddin Eldaniz who is the founder of Azerbaijan.